Tommy Orange’s shattering novel follows twelve characters from Native communities: all traveling to the Big Oakland Powwow, all connected to each other in ways they may not yet realize. There is Jacquie Red Feather, newly sober and working to make it back to the family she left behind. Dene Oxendene, who is pulling his life back together after his uncle’s death, has come to work at the powwow to honor his memory. Fourteen-year-old Orvil has come to perform traditional dance for the very first time. Together, this chorus of voices tells of the plight of the urban Native American—grappling with a complex and painful history, with an inheritance of beauty and spirituality, with communion and sacrifice and heroism. Hailed as an instant classic, There There is at once poignant and laugh-out-loud funny, utterly contemporary and always unforgettable. (présentation de l'éditeur)

Acheter chez Tropismes : There there 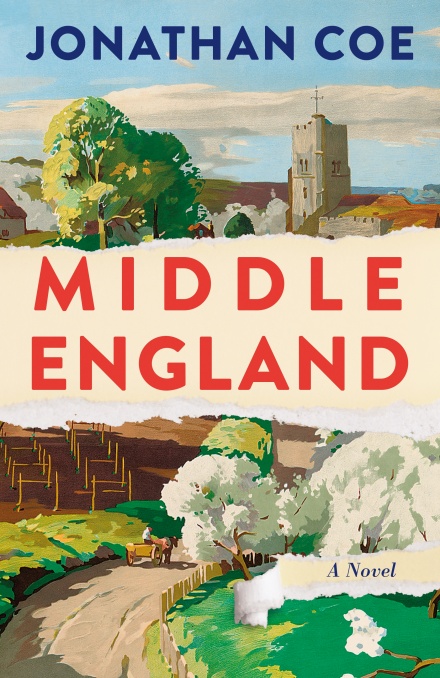 'It was tempting to think, at times like this, that some bizarre hysteria had gripped the British people'

Beginning eight years ago on the outskirts of Birmingham, where car factories have been replaced by Poundland, and London, where frenzied riots give way to Olympic fever, Middle England follows a brilliantly vivid cast of characters through a time of immense change.

Barry Cohen, master of the universe, has just had a very public meltdown involving a dinner party, an insider trading investigation and a $30,000 bottle of Japanese whisky. So he flees New York City, leaving behind his beautiful young wife and son, but remembering to bring his six favourite designer watches. Zig-zagging south through Trump's America on a Greyhound Bus pilgrimmage he is singularly unprepared for, Barry heads to Texas - to find his old college girlfriend and, with her, a second chance at life . . .

Described as the moral heir to George Saunders, Tommy Orange is writing from the urban Native American community in Oakland, California. There There takes us into this community as its characters prepare a celebration of their culture in the face of poverty, violence, addiction and lack of representation.

The story is told from the points of view of a dozen different characters involved in putting together a powwow in the city stadium. Early in the book we intuit that something terrible will happen there. Much of the novel’s emotional power comes from reading against this intuition, and connecting with the unique voices – male and female, old and young – from around the community as the clock ticks down.

Acheter chez Tropismes : There there

Call them by their true names

An essential new collection of essays from the bestselling phenomenon Rebecca Solnit calling for reflection and context, activism and hope.
Beginning with the election of Donald Trump ('The Loneliest Man in the World') and expanding back and forth into American history, surveillance, violence against the individual, the denormalizing of misogyny and the rehumanizing of public space. The ultimate focus of the book is climate and feminist activism, bringing Solnit's trademark deep analysis to bear on a range of contemporary crises.

Acheter chez Tropismes : Call them by their true names

The people in the trees

The stunning debut novel, from the author of A Little Life.

It is 1950 when Norton Perina, a young doctor, embarks on an expedition to a remote Micronesian island in search of a rumoured lost tribe. There he encounters a strange group of forest dwellers who appear to have attained a form of immortality that preserves the body but not the mind. Perina uncovers their secret and returns with it to America, where he soon finds great success. But his discovery has come at a terrible cost, not only for the islanders, but for Perina himself.

Hanya Yanagihara’s The People in the Trees marks the debut of a remarkable new voice in American fiction.

Acheter chez Tropismes : The people in the trees

Summer is the fourth volume of the Seasons quartet, a collection of short prose and diaries written by a father for his youngest daughter, with stunning artwork by Anselm Kiefer.

Worlds from the word' end

Joanna Walsh
Ed. And other stories

This collection cements Joanna Walsh's reputation as one of the sharpest writers of this century. Wearing her learning lightly, Walsh's stories make us see the world afresh while showing us she has read the world. In 'Like a Fish Needs a . . .' – perhaps the funniest, most freewheeling story ever written about cycling (and Freud and and and . . .) you read shenanigans worthy of Flann O'Brien. Meanwhile, in 'Worlds from the Word's End', Walsh conjures up a country in which words themselves fall out of fashion – something that will never happen wherever Walsh is read.

What if dark forces were gathering inches below you as you sat in class or ate a banana? What if it were up to two kids to stop those forces? What if a magical handle could open a door into a hidden underground world? What if the fate of an entire town rested on your shoulders? Gran Flowerpetal is the new kid in the creaky old town of Carousel. (Yup: he is a kid. Don’t be fooled by the name.) There doesn’t seem to be a whole lot going on in Carousel. Well, apart from the crazy sinkholes that swallow entire houses without warning. But below ground, as Gran soon discovers, quite a lot is happening. None of it good. Now it’s up to the Lifters to bring the hope back to Carousel, and stop the whole town from being swallowed up…

In Not to Read, Alejandro Zambra outlines his own particular theory of reading that also offers a kind of blurry self-portrait, or literary autobiography. Whether writing about Natalia Ginzburg, typewriters and computers, Paul Léautaud, or how to be silent in German, his essays function as a laboratory for his novels, a testing ground for ideas, readings and style. Not to Read also presents an alternative pantheon of Latin American literature – Zambra would rather talk about Nicanor Parra than Pablo Neruda, Mario Levrero than Gabriel García Márquez. His voice is that of a trusted friend telling you about a book or an author he’s excited about, how he reads, and why he writes. A standard-bearer of his generation in Chile, with Not to Read Alejandro Zambra confirms he is one of the most engaging writers of our time. (présentation de l'éditeur)

Acheter chez Tropismes : Not to read