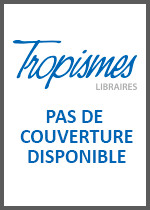 'New European Poets thrillingly expands the view and widens the horizon for contemporary American poetry. It puts us into deep contact with other voices, other shores, and thereby extends our knowledge of other poetries, other countries. It is necessary reading.' Edward Hirsch

'Thank you for this feast. New European Poets achieves what has been due for a long time. To mine, not for gold - that can destroy our mother earth's skin - but for European poets. Vastly unexplored territory. If I were a young American poet, I would avidly read this book, discover new friends, fall in love with some new Pessoas, dig deeper and bring them into stronger light.' Tomaz Salamun

'New European Poets collects, for the first time, the work of poets form the latter twentieth century and the beginning of the twenty-first, together with new generations of translators of the poetry of Europe. For this impressive undertaking, for the knowledge, discernment and generosity of its editores, my gratitude is immense.' Caroly Forché

In compiling this landmark anthology, general editors Wayne Miller and Kevin Prufer enlisted twenty-two additional regional editors to select these 290 poets, whose writing was first publishd after 1970. These poets are from every country in Europe, and many of them are published her for the first time in English and in the United States. Poetry translated from more than forty languages is represented, including French, German, Italian, and Spanish, and more regional languages such as Basque, Irish Gaelic, and Sami. Nearly 200 translatores - among them John Ashbery, Marilyn Hacker, Michael Hamburger, Siri Hustvedt, Paul Muldoon, Charles Simic, and Derek Walcott - have contributed English version of more than 400 gathered here.

The range of styles in New European Poets is exhilarating - from the lyric intimacy of Portuguese poet Rosa Alice Branco to the profane prose poems of Romanian poet Radu Andriescu, from the surrealist bravado of Czech poet Sylva Fischerova to the survivor's cry of Russian poet Irina Ratushinskaya. This anthology collects some of the very best word of a new generation of poets.